Founded in 1988, Groupe Rémabec is a pillar of the Quebec forest industry. The company is a model of integrated organization specializing in three closely related niches of excellence: 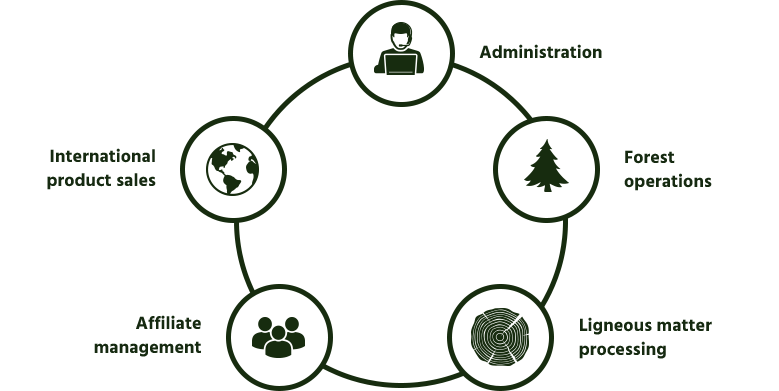 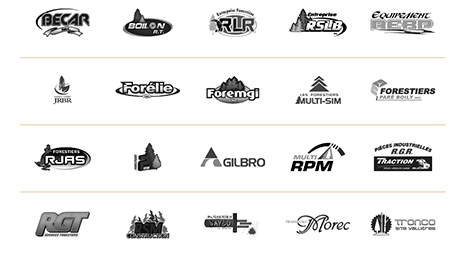 The Rémabec founder-shareholders have developed an innovative business model based on entrepreneurship and synergy within a large network of companies, each working in a specific field. That is nearly 30 subsidiaries united under this large corporation, making Groupe Rémabec one of Quebec’s leading enterprises.

The Forest, our roots, our future

Groupe Rémabec wants to continuously diversify and innovate, therefore the company continually monitors the perpetual changes in the forest industry, year after year, in order to stay highly competitive in this niche of excellence that is the pride of Quebec around the world.

Today, Groupe Rémabec is one of the few large-scale forest companies headquartered right in the forest community, in the town of La Tuque. Being deeply rooted in forest operations, Groupe Rémabec is solidly entrenched in Quebec’s forestlands. These roots have allowed the company to grow and build strong foundations to support its future undertakings and to continue to grow.

Rémabec’s vision is built upon a group of specialized entrepreneurs and enterprises with a common management structure in order to achieve industry-leading administrative effectiveness and productivity levels.

Mauricie
Groupe Rémabec is headquartered in the town of La Tuque where 100 full-time employees ply their trades. The majority of Rémabec’s manufacturing plants are also located in the Mauricie region: 

Côte-Nord
Over the past ten years, Rémabec has had a strong presence in the Côte-Nord region.. Today, Rémabec oversees the operations of the Arbec plant in Port-Cartier and the Brooch forestry camp.

Build your career with us

I want to apply now